Bombing Syria – For and Against.

As politicians, diplomats, and military officials search for a magic solution to the multi-faceted problem of Islamic State, the possibility of deepening military involvement in Syria is becoming increasingly attractive. As with all insurgencies and terror groups, particularly those with virulent ideologies and sophisticated propaganda machines, any solution is likely to be extremely complex, requiring a variety of long- and short-term approaches. So the first thing to be said is that anyone who says the answer is ‘simple’ should be mistrusted; there’s probably a hidden agenda.

In recent media interviews, articles, and online rants, terrorism commentators like Mehdi Hasan, and radicalisation experts like Shiraz Maher, and Maajid Nawaz have entered the debate about Islamic State’s tactics and how we should be dealing with them.  BBC News has repeatedly stated that David Cameron will not bring a vote about intervention in Syria to the Commons unless he knows he will win emphatically.

The bomb-don’t bomb dichotomy is exactly the kind of oversimplification that leads to the clumsy foreign policy responsible for allowing this situation to arise. It is clearly not that straightforward. Both decisions would have dramatic implications for the British government and Syrian civilians, both positive and negative, and there are other options which might also be considered.

First things first; let’s try to argue why it might perhaps be worth extending British military involvement to Syria (we’re already – still – involved in Iraq).

The case for air strikes in Syria.

Much of aggressive allied (Russia, US, Europe, Jordan etc)  foreign policy regarding Syria has involved some level of military involvement; chiefly air strikes but this has extended to UAV strikes and intelligence sharing. These policies centre on the logic that precision strikes on strategic Islamic State targets; such as oil reserves, training camps, and vehicle and weapons depots, will degrade their capabilities on the ground thus eventually leading to their neutralisation as a physical, geopolitical and geographic threat. 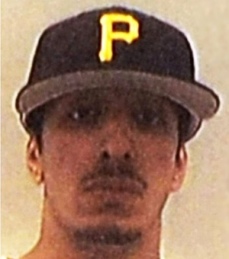 available resources and weaponry is arguably the most advanced in the world; particularly regarding intelligence. Drafting the RAF into the conflict will allow the continued and improved pursuit of Islamic State leaders and figureheads like Mohammed Emwazi (Jihadi John) and Abu Bakr al-Baghdadi, who is believed to reside in either Mosul or Ramadi. The ‘decapitation’ strategy has been used to fight jihadist terrorism in the Middle East for many years and is designed to remove the head of the snake. This is in the hope that the organisation will crumble after a damaging struggle for power.

There is precedent that this strategy has worked in the past with other organisations and terrorism and insurgency researchers, like Patrick B. Johnston from Harvard have written articles about the strategy’s success rate. By now, you could argue that ISIS commanders would be wise to this strategy and do everything possible to avoid detection via communications interception. ISIS seems to be rather adept at doing this. However as the organisation grows, more communications are needed to link subsidiary branches to the centre of the network making it easier for GCHQ, the NSA, and other intelligence agencies to track them. A useful demonstration of this is the recent death of the head of the Libyan branch of ISIS Wissam Najm Abd Zayd al-Zubayadi, aka Abu Nabil. His location was tracked by United States as he communicated with commanders in Syria. This being said, it is unlikely that the organisation would simply crumble should al-Baghdadi be killed. He is surely likely to have designated a successor. (Some speculation at CNN.)

Ultimately, conducting air strikes in Syria would echo the sentiments felt by many Europeans after the first directly orchestrated attacks by ISIS in Europe in November 2015. It arguably sends the message that Britain and the rest of Europe are strong, and united, and that the self-proclaimed caliphate’s barbarous jihadist ideology, and its corruption of Islam, has no place in this world.

The case against air strikes in Syria.

The most convincing and important counter-argument to the above, is the effect that it will have on Syrian civilians who are already facing the worst humanitarian crisis and civil war in history. They have little to no support from the al-Assad Government, their territory is ruled by ISIS or another dissident faction practising their own barbarisms. (We must remember that just because we support the Kurds in a marriage of convenience, and ISIS are the main antagonist, there are other organisations such as Jabhat al-Nusra who practice similar ideology, albeit less extreme. These civilians are seeking asylum in their millions but more and more often, the would-be destination countries are legislating increasingly harsh immigration policies. A trend that is doomed to increase as long as ISIS continues to be successful in their attacks on Europe.

Dropping bombs on Syrian towns and cities (which is inevitable as ISIS remains an insurgent group which purposefully hides among civilians) will cause more psychological trauma and death than is necessary, and will likely increase ISIS recruitment as civilians see that joining ISIS is the only choice. Losing civilians in terror attacks – Baghdad, Bamako, Beirut, Kano, Paris, Tunis, and Yola – is surely bad enough, why add to that tally?

A second issue caused by bombing Syria is that ISIS is highly likely to increase its own violent rhetoric and action. The attack on Paris in November was claimed to be retaliation to French air strikes on the organisation. The downing of the Russian plane in the Sinai was claimed to be a result of Russian involvement. Indeed, many of the hostage beheadings in 2014 & 2015 were supposedly retaliatory. Do we really want to stoke the fire? Are we inviting more tragedy upon ourselves by conducting aggressive foreign policy where there could be other options? Undoubtedly, but as many see it, we need to take the battle to them, rather than wait until it is brought upon us. As a combined military force, European powers have the capability to act much quicker, and with incomparably more force than ISIS could ever hope to hold.

So what are the other options?

The first option is a truly terrifying one that I whole-heartedly oppose. The decision to put British or European boots on the ground is one that I suspect would be met with much disdain and opposition.

Firstly, suppose ISIS captured a group of British soldiers as hostages, they would have gained the biggest propaganda coup short of beheading American soldiers. Not only would this outcome be fuelling the fires of recruitment which we intend to extinguish, we would be unnecessarily endangering the lives of British citizens. While they could not be classed as civilians, it is nevertheless true that the deaths of soldiers are mourned by the entire country.

As white, mostly Christian or Atheist ‘infidels’, the British or European soldiers would be prime targets for jihad. There would be much, much less room for ‘hearts and minds’ operations which would be needed to develop intelligence networks and muster local support. The kind of ground force that is necessary has to come from the Syrian and Iraqi governments; Sunni, domestic soldiers who are legally mandated to fight ISIS and support populations; even helping UN forces to establish safe havens for refugees should this decision be made.

Finally, and perhaps most selfishly, the last time we sent British troops to the Middle East, they stayed there for nearly ten years; as a country, we cannot afford this outcome, and as a military force, we do not need this outcome.

What is the best course of action?

The first issue that needs to be solved is the political vacuum that currently exists in Syria. As this map presents, the civil war is predicated and driven by the fact that so many fractured groups control fractions of land, at gun-point. Currently, Assad controls much of the east and southeast. Rebels control parts of north western Syria. The Kurds control a strip across the north of Syria, and Islamic State controls territory across the country from Raqqa, to areas near Damascus.  If western diplomats can ensure a short-term solution which establishes a stronger government in Syria, the political vacuum will begin to dissipate, and a more united front will emerge from which to destroy ISIS.

As has been said, there is no simple answer and I do not profess to be able to provide one. However, in light of everything presented above, the most appropriate response to Islamic State involves a combination of: military engagement; engagement with Assad addressing the political vacuum; and changing and combating the Islamic State narrative and the way that people, particularly young men, view IS.

This multi-faceted solution would firstly; help to destroy IS capabilities on the ground, at their source. This weakens their ability to fund and organise attacks across the world and consequently their ability to actively recruit new members. Eventually, group numbers will begin to stagnate and reduce as members see the realities of their lives. Of the 20000 or so ‘foreign fighters,’ some will defect to other jihadist groups, some will return home to prison or to deradicalisation programs, and undoubtedly some will return home with the intention to attack. This eventuality is, unfortunately, inevitable and we are extremely likely to continue to see jihadist attacks either inspired by or orchestrated by jihadist groups, especially in mainland Europe.

It is a long road, there is no quick fix and bombing alone will not solve anything. When we think Islamic State is on the back foot, ISIS’ virulent jihadist ideology will emerge somewhere else; for that is the nature of religious ideology. It goes underground when it is put under pressure. This is why the Muslim Brotherhood still exists; why al-Qaeda exists; why the Taliban exists.

This post has hopefully articulated that there is no magic solution which will save all lives, prevent attacks in Europe, and assuage right-wing anti-Islam rhetoric. Any solutions needs, primarily, to not make the situation worse. This means focusing on domestic security first and foremost; followed by legitimate diplomatic, political, and limited military action.

← Why travel?
Syria: My reaction to Cameron’s vote. →
Follow Global Individuals. on WordPress.com